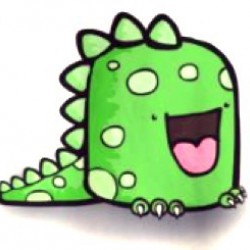 Completely Disappointing: A Review of Wild Cards by Simone Elkeles 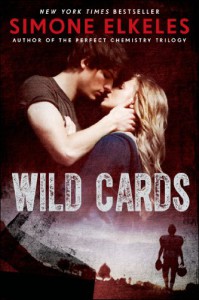 I love the idea of girls coming out to kick butt in male-dominated sports. Dairy Queen, for example, which is probably my favorite, was not only hilarious, but really well done. And even though I didn't love Out of Play, I still loved the hockey aspect in it. Wild Cards, on the other hand, was incredibly disappointing in almost every aspect.

My main problem with this book was that there was barely any football. If you have a blurb talking about a girl playing football, you'd think that there would be football, right? What actually happens, though, is that there's literally one chunk at the end of the book, with instances of training scattered in the middle of the plot. Yeah, um, a bit disappointing considering that the blurb pretty much gives you the idea of a football-centric plot.

Now, normally I would be okay with that plot structure, but instead of butt-kicking, football awesomeness, there was a ton of angst. In the beginning of the book, Ashtyn prided herself on being a non-clingy and trusting girlfriend. Well, after she breaks up with her ex-boyfriend (I don't even remember his name...), she becomes clingy, possessive and totally untrusting towards Derek. Even though she kept on rejecting him and saying that they weren't together. The whole love-hate relationship works if it's done well and builds tension, but I think in Wild Cards, it really takes away from the book. Ashtyn boomerangs from drooling on Derek and getting really intimate with him, then suddenly rejecting him and pushing him away. After a while, it got really annoying and repetitive, really detracting from my enjoyment of the book.

Derek, on the other hand, was just an okay character. He's pretty much flawless, so he wasn't a particularly interesting character. However, unlike Ashtyn, he didn't create a ton of unnecessary drama. I'd say overall I tolerated him, but I wasn't impressed by him either.

And the ending. I won't give it away just in case you're planning to read Wild Cards, but I felt that it was terribly unrealistic and rushed. I also felt that the whole debacle surrounding the ending just added unnecessary drama to the novel.

Wild Cards definitely isn't a book I'd recommend, because if its lacking characters, football plot and romance. If you're a fan of Simone Elkeles's works and enjoy love-hate relationships, you might enjoy this book more than I did. However, personally I'd recommend trying Dairy Queen or other sports books before you pick up this one.

* I received a free copy of this book for review purposes. This did not affect my opinion of the book.